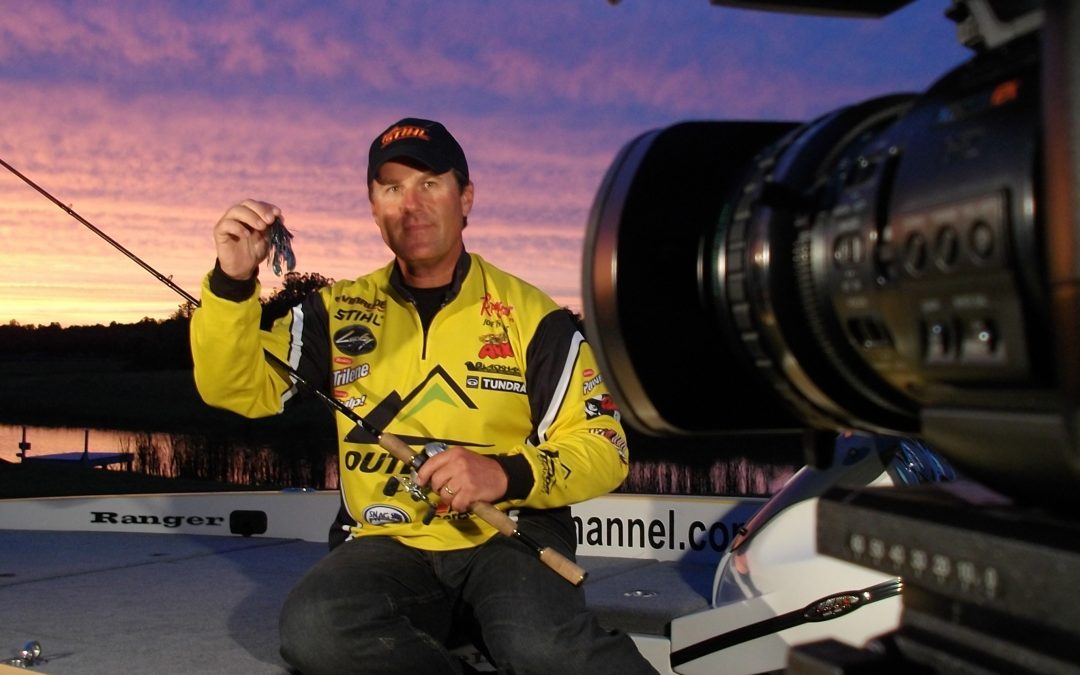 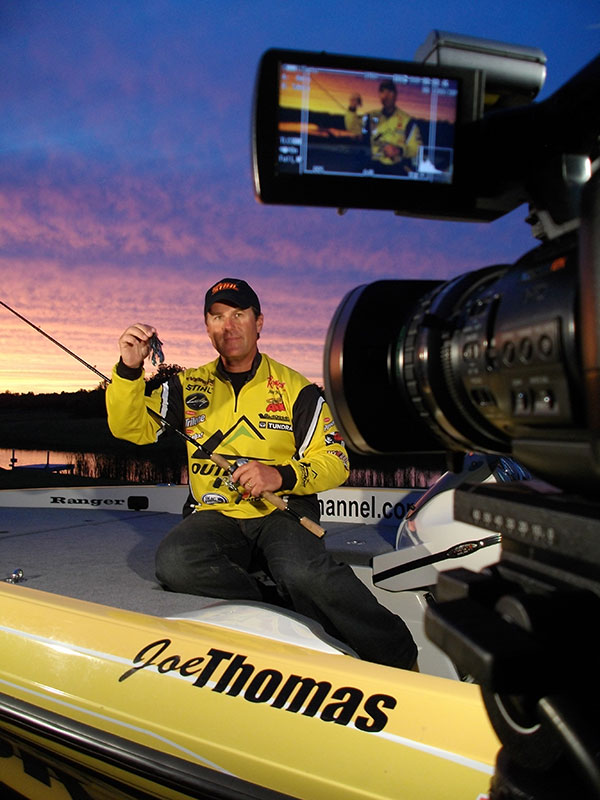 Joe Thomas, host of Stihl’s Reel in the Outdoors with Joe Thomas.

Oxford, OH – November 2014… Stihl’s Reel in the Outdoors with Joe Thomas is all about exploring America’s fascination with fishing. And as people well know, moisture and electronics—of any variety—don’t typically mix well. For those in charge of location sound, working outdoors adds a variety of challenges. But when the production environment is literally ‘on the water’, the audio equipment must be particularly robust while continuing to deliver broadcast quality performance. For this very reason, much of the show’s dialog is captured using EMW Omnidirectional Lavalier microphones from Menlo Park, CA-based Countryman Associates.

Stihl’s Reel in the Outdoors with Joe Thomas is produced by Reel Outdoors TV LLC and airs on the Outdoor Channel. Jim Kramer serves as the show’s producer and videographer. Being responsible for how the show both looks and sounds, Kramer is passionate about the program’s audio quality. He first started using Countryman EMW microphones in 2002 and, since that time, reports that Countryman microphones have served him remarkably well. He discussed his fondness for his Countryman EMW lavalieres.

“My responsibilities as producer and videographer are to bring to life the stories of the people and places that make angling one of our top leisure time activities,” Kramer explained, “and we encounter all sorts of unusual locales. Our productions take us to all types of remote places—often times, hundreds of miles from the nearest road.”

“One of the most challenging locations we experienced was deep in the heart of the Amazon rainforest in search of trophy Peacock Bass,” he continued. “Our base camp was a two-hour float plane flight from the nearest major city of Manaus, Brazil. From there, we traveled by panga to backwater ponds where we would literally have to cut our way into the jungle with machetes, often in torrential downpours. While the water resistance built into the Countryman EMW is outstanding, I was initially picking up too much ambient noise as the torrents of rain slammed onto my talent’s rain suit. However, I was able to resolve this matter by moving the Countryman EMW and placing it under the brim of his hat, away from the rain suit. By making this change, I achieved outstanding audio quality and frequency response. The EMW worked like a champ under truly difficult conditions!”

Kramer reports that, presently, he is using four Countryman EMWs. He described those attributes that make the microphones so well suited for his type of work, “The Countryman EMW has so many features that make it the perfect lavalier for our field productions. The sturdy design and construction; the incredible water resistance, which is so important when you have to shoot rain or shine and, of course, the incredible audio quality. Even under windy conditions, I can place the EMW under the talent’s clothing and not have to worry about reduced frequency response or the dreaded ‘rubbing’ noises that can just kill a great sequence. When you go to the trouble of capturing audio and video in remote locations, you have to have a microphone you can count on—and the Countryman EMW is just that. The mic is dependable, durable, and trouble free. Paired with our Sennheiser EW series wireless systems, the EMWs make a great miking solution.”

Recognizing that his EMWs are used in some very unusual applications, Kramer was particularly complimentary of Countryman’s customer support services. “We’re pretty hard on our gear,” he admits. “It just goes with the territory. That’s where Countryman’s customer and tech support team really shine. On those rare occasions when the mics actually required service, Countryman’s support has been exceptional. The gear is returned promptly and in like-new condition. Where else do you find customer support like that these days?”

Before shifting his attention to preparation for the next shoot, Kramer offered these closing thoughts, “It may seem that my praise for the Countryman EMW’s is a little over-the-top, but I just can’t say enough good things about them. The last thing we need in the field is an issue with our production equipment. The Countryman EMWs have never let me down in over twelve years of use. I can’t say that about any other piece of production gear we use. I wouldn’t dream of using anything else in the tough environments we find ourselves working in on a daily basis.”

To learn more about Stihl’s Reel in the Outdoors with Joe Thomas, visit the show’s website at www.reeloutdoorstv.com.