Countryman Microphones at the Forefront of Audio Production Endeavors 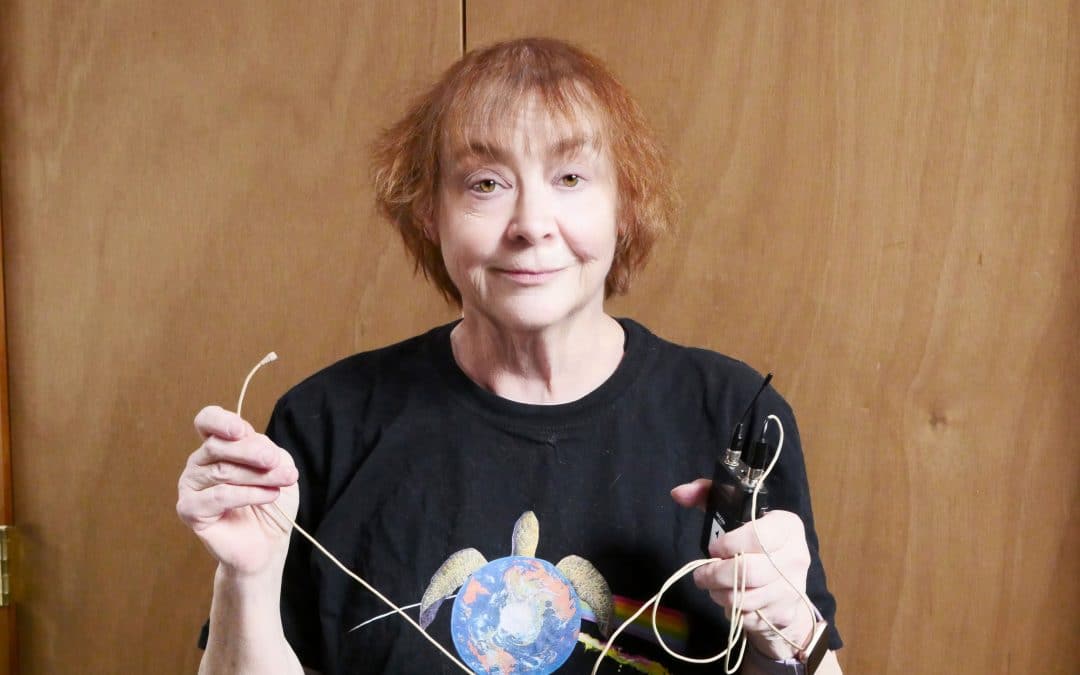 Ellicott City, MD – March 2019… Serving primarily throughout Central Maryland and Washington DC, but ranging as far as Northern Virginia and the Philadelphia, PA areas, Anne Brooker-Grogan and her husband Ed are a freelance audio – video production team that bring professional level audio and video services to a wide range of non-profit organizations, including schools, community groups, churches, and local government entities. What started as a hobby has grown into an operation that can field up to 70 simultaneous channels of wireless sound—and at the heart of this operation is a healthy assortment of B3 Omnidirectional Lavalier and E6 Earset microphones from Menlo Park, CA-based Countryman Associates.

“We have never advertised but have a constant flow of requests for our services through word of mouth, especially from the schools,” Anne Booker-Grogan explains. “Part of the fun has been the opportunity to mentor and work with many talented young people, providing them with professional level audio and video support in their early careers. Some of these have gone on to Broadway, Hollywood, television, and related technical careers behind the scenes. We feel fortunate to be involved in something that we love, while at the same time having an opportunity to help foster an appreciation for the arts.”

“The Countryman B3 Omnidirectional Lavalier microphone is the staple of our efforts,” Brooker-Grogan reports. “At last count, we had about 90 of these mics in addition to our collection of E6 Earsets. These mics are paired with Sabine 915 MHz and 2.4 GHz wireless and Sacom Digital wireless systems. The bulk of these systems are used to outfit the talent, though it’s quite common for the show’s director to wear one as well in order to thank production volunteers afterwards. And, of course, we periodically mic the various instruments used in the show while also using the mics to supplement live sound effects.”

When asked about the attributes that make the Countryman B3 Omnidirectional Lavalier and E6 Earset microphones so well-suited for their type of production work, Brooker-Grogan offered the following thoughts: “While sound quality is a crucial concern, reliability is an equally important factor,” she said. “We love Countryman B3 mics because they are rugged and well-built. As amateurs, many of our performers have never worn a mic before, and prior to using Countryman mics, repairing and replacing broken units was our single largest operating expense. We looked at Countryman mics at the National Association of Broadcasters shows, so when it came time to change, we switched to Countryman. We initially invested in a few and found their lifespan was significantly longer than the mics we had been using. We’ve never since looked back.”

“I also like that the Countryman mics are moisture resistant,” she added. “I don’t have to worry about the mic failing due to perspiration, glitter, makeup, or the occasional water splash. Along with easy setup and high gain before feedback, the Countryman mics simply sound better and are easier to work with.”

With a steady stream of events on their calendar, responsive customer and technical support services are crucial to the Grogans. In this regard, Anne rates Countryman Associates best-in-class. “The Countryman organization has been incredible! When we have questions, they are ready to assist, and the occasional repairs are handled quickly, and replacements arrive swiftly. They have gone above and beyond to ensure that the show goes on.”

In 2018, the Grogans worked on numerous shows, including Annie (full version, Broadway junior version, and kids’ version), Joseph and the Amazing Technicolor Dreamcoat, The Wizard of Oz, five variety shows, plus four dance program productions—and this is just the tip of the mountain. Throughout their schedule, Countryman mics have served them well. “Countryman mics are a vital part of every project we’re involved in,” Brooker-Grogan said. “Our only regret is that we waited longer than we should have to make the switch to Countryman. As far as we are concerned, we are customers for life.”