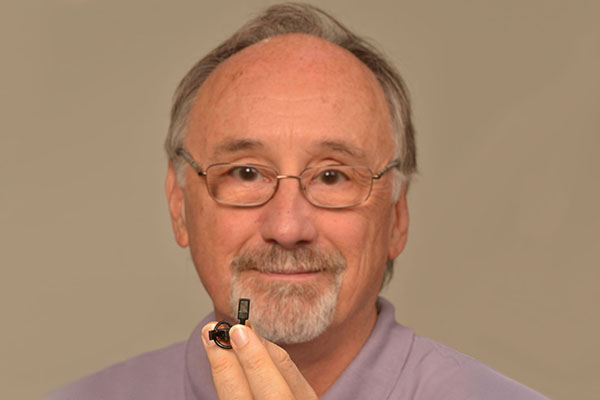 Baltimore, MD… Panel discussions are a terrific means of sharing information and gaining perspective on a wide range of issues. Such was the case for a recent studio shoot held at BlueRock Productions in Baltimore for an online peer exchange among a community of oncologists. The event consisted of five doctors who were actively engaged in a constructive and lively discussion about the current state of cancer pharmacology. The ability to ensure clean, clear dialog was essential on this project and, to meet this requirement, EMW Omnidirectional Lavalier microphones from Menlo Park, CA-based Countryman Associates were placed into service.

Ty Ford, a Baltimore, MD-based location sound mixer who offers a wide variety of services including audio production for commercials, video and film shoots, as well as non-broadcast productions, was contracted to handle audio for the studio-based panel discussion project. He discussed the nature of the job and his decision to deploy the Countryman EMW microphones.

“One of the biggest challenges with projects of this nature is delivering a high level of speech intelligibility while minimizing the assorted snorts, coughs, breathing, and related sounds that inevitably occur,” Ford explained. “The Countryman EMWs are a great choice for this type of application. For starters, they don’t have ‘that lav sound’ that end address lavalieres frequently have. Equally important, as a side address device, they aren’t as susceptible to down-breathing, snorts, and similar sounds. Further, the wraparound polymer shell reduces fabric rubbing noise from clothing.”

Ford described his positioning of the microphones on this project, “There were five doctors seated behind a slightly angled counter. The center doctor was the leader/facilitator. Because the outer two doctors were only going to be looking towards the center, I positioned the EMWs not on their ties, but moderately high on the lapels closest to the center of the group. I went high with positioning of the EMWs to reduce the amount of room ring that existed on the large soundstage and I did the same for the next two mics. On the center doctor, I again positioned the EMW a bit higher on his tie to reduce room ring, but not so high as to accentuate head turns.”

Because this shoot was for online consumption, the ability to achieve high quality signal on input was essential, as there would be no editing after the fact. “I’m running a Sound Devices 664 production mixer and recorder these days,” Ford reports. “I could have recorded all tracks to the 664 in iso and created a mix, but the production company was using a Tricaster and wanted to get a full mix to go; no post production. Because there was no way of knowing who would talk next, the challenging acoustical environment of having five open mics on a large sound stage with a green screen cyclorama wall made me bring out a Shure FP410 Automixer to manage the various signals. I fed four of the EMWs to the FP410 and then to the 664. I then used one more input of the 664 for the fifth mic to record and mix to the Tricaster plus a video camera. Even though the EMW mics are side address, they cut right through.”

As anyone involved in location sound can attest, you’re only as good as your last project. Hence, there is no room for failure in this business. When queried about his experience with Countryman’s customer and technical support services, Ford offered the following. “Countryman’s support is excellent,” he said. “While I’ve had very little occasion to contact the company, on the few times that I did, I found everyone to be very responsive and cordial—and that type of support gives one a high level of confidence when using their products.”

Before redirecting his attention to upcoming business, Ford offered these final thoughts about his experience with Countryman products, “The Countryman EMW remains a solid choice for me. The EMW’s side address and its ability to grab high frequencies from the acoustical space you’re in also makes these mics a nice match for use with boom microphones. I’ve also used the EMWs with Rycote Stickies planted right on the sternum under wardrobe and achieved excellent results. In addition to my EMWs, I’ve also had great success with my B6 and E6 earset mics. The bottom line is this: When I use my Countryman mics, I know I’ll get the results I’m after.”

To learn more about the services of Ty Ford, contact him at www.tyford.com.